CHP set to power the 2012 Olympic Games in London

The CHP Information Center (BHKW-Infozentrum) would like to bring your attention to the use of combined heat and power systems (also known as cogeneration) during the Olympic games in London and their importance in supplying alternative energy for the sport facilities. 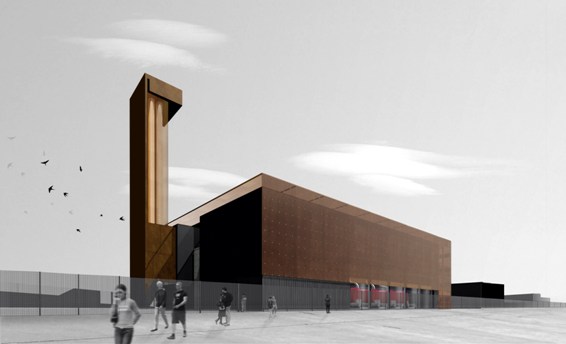 The energy center initiative is a cornerstone of London 2012’s plan to increase the use of alternative energy, water conservation and recycling to minimize the environmental impact of the Games. The London Olympic Delivery Authority built the facilities to help reach its target of a 20 percent reduction in carbon emissions while meeting the city’s power needs that are expected to surge as more than 15,000 athletes and millions of spectators arrive for the Games.

The energy centers are designed to operate in combined cooling, heat and power—or trigeneration—mode to reduce carbon dioxide (CO2) emissions. Chilled water is generated by absorption chillers using the high-temperature heat available from the exhaust of the unit. Combined heat and power (CHP) technologies are more efficient than using separate electrical and thermal power systems and thus helps to reduce emissions from power generation. By using this technology, about 13,000 tons of CO2 savings can be achieved. This amount of greenhouse gas emission savings is equivalent to the annual CO2 emissions emitted by about 6,500 European Union (EU) passenger cars.

“Our energy centers powered by GE’s gas engines are not only crucial to the success of the London 2012 Olympic Games but also for the goal of establishing a more sustainable business and residential environment throughout the city long after the Games have ended,” said Simon Wright, director of infrastructure and utilities for the Olympic Delivery Authority. “The Stratford City and Kings Yard energy centers are expected to support future commercial development in East London for at least 40 years.”

The second energy center, located at Kings Yard on the western end of Olympic Park, features one J620 cogeneration system that will generate thermal power for the aquatics center’s swimming pools and other venues via the Olympic Park’s district heating network. The Kings Yard facility also will generate electrical and thermal power for other venues, homes and buildings in the area. Both energy centers will include boilers that use natural gas as feedstock to generate additional heat to meet peak demands. The Kings Yard facility also includes a 3-MW boiler that will be fueled with wood chip biomass to generate additional heat during the winter.

“GE’s fuel-flexible Jenbacher cogeneration systems are ideally suited to support the London 2012 Olympic Games by offering the right combination of reliability, fuel flexibility and reduced emissions that will enable the Olympic Development Authority to meet its important environmental commitments to the city of London,” said Rafael Santana—president and CEO of GE Energy’s Gas Engines business.

In all, GE has supplied more than 800 Jenbacher engines for on-site power projects in the United Kingdom, representing about 8 percent of GE’s globally installed Jenbacher fleet. Combined, these units generate electricity equivalent to the amount used by about 1.8 million EU homes.

For example, as the United Kingdom strives to meet increasingly stringent EU energy efficiency standards, Guy’s Hospital and St. Thomas Hospital—two of London’s oldest and most prominent hospitals—are utilizing GE’s Jenbacher CHP solutions to provide reliable on-site electricity and heat and also significantly reduce their energy costs and greenhouse gas emissions. Since their commissioning, the two CHP plants have helped the Guy's and St. Thomas' NHS Foundation Trust reduce CO2 emissions at the hospitals by a total of almost 11,300 tons per year and save more than £1.5 million in energy costs annually—or enough to power the city of Newcastle for a week.

Other key GE energy and water conservation technologies are supporting the sustainability goals of the Games. For example, GE’s Leicester, U.K.-based Digital Energy team is providing an added level of energy security by supplying uninterruptible power supply (UPS) equipment and services to help maintain electricity supplies for vital systems. In the event of a grid disruption, GE’s UPS technology will switch to battery backup power to keep the Games running until power is restored.

GE’s Durastation charging stations also will be powering a fleet of electric vehicles (EVs) that will transport athletes and officials between venues. After the Games conclude, the Durastation units will become part of the city’s Source London public EV charging network.