Obama promotes CHP in the USA

US President Barack Obama wants to counter high costs involved in energy production in the industrial sector caused by lack of inefficient implementation, by promoting the development of combined heat and power on a national level. 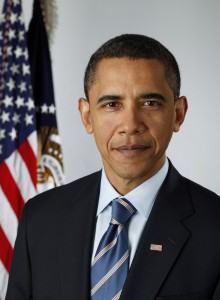 In the US the Efficiency quotient of the condensation energy plants has hardly increased since the 1960s. A mere 34% of implemented fuel is used to produce electricity compared with Germany which already utilizes 40 %.Therefore there is urgent need for action to enhance the electricity generation capacity from a production standpoint  to enable an efficient utilisation of energy in the USA. By initiating the Executive Order, „Accelerating Investment in Industrial Energy Efficiency“ from 30. August 2012 the Obama Administration wants to increase the installed CHP to 40 GW by 2020. According to the US Environmental Protection Agency (EPA) the existing capacity of produced electricity in the USA lies at around 82 GW. 87% of CHP capacity is installed in the industrial sector.

The stated target of the new US CHP-Initiative is to boost the competitiveness of local Industry through sinking the cost of energy production, reducing air pollution and creating new jobs in the Energy and Environmental sector.

CHP development is already supported in 20 states across the US by various promotion incentives. A new policy is planned to cover the whole of the USA and put combined heat and power on the map. In detail the Executive Order is set to implement the following measures:

The favourable prognosis  that  the price for natural gas continues to fall and simultaneously the cost of producing electricity becoming more expensive  all  support the intentions to promote  gas-powered CHP in the USA. Due to air pollution some major coal-fired power plants will soon have to be taken from the grid and replaced by alternative power-plants,  or effectively be replaced by CHP plants.
Industry and energy suppliers enthusiastic about new developments.

The Magazine „Cogeneration & On-Site Power Production“ (COSPP) is expecting  a huge boost for the cogeneration industry in the USA and talks of a historic executive order to increase cogeneration plants indicating the reaction of respective CHP industries. The director of the US Clean Heat & Power Association (USCHPA) Joe Allen stated: “ Establishing this national goal toward greater CHP deployment will significantly advance cleaner energy generation in the U.S., benefit the environment, and help create much-needed manufacturing and industrial jobs. Furthermore it can be said that a significant appreciation of the advantages of achieving clean power generation , increasing efficiency and creating a reliable source of energy production for the American economy by improving industry competitiveness.

Power suppliers will more than likely play a significant role within the next few years in the development and deployment of CHP in the USA. Suppliers  especially will benefit if they grasp the opportunity given to them by the order and effectively utilize  partnerships with local industries.

The potential for saving for the American industry is immense. The development of CHP would mean a reduction in the cost of energy production for the USA of more than to $10 billion a year.